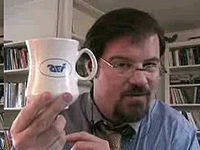 We're all making to much money to compete in the global free market economy!

If you search out the topic on this blog, you'll find a few stories where conservatives have made the argument Americans are getting paid way too much, and are spoiled by their generous benefits. Looking back, this topic should probably have been brought up decades ago by pro-business think tanks and politicians as a way of pushing the free market system of government (even though it's really an economic policy and not a form of government).

With more of these stories, and badgering by right wing capitalists like Jonah Goldberg, they will eventually convert the fence sitters to their way of thinking. It's like everything conservative special interests have successfully promoted in the past, climate change, a world economic monetary system, government is bad blah, blah, blah. I could go on and on, but this is about Goldberg's column the other day about why we should all be happy with lower wages and reduced benefits. In a sneaky kind of way Goldberg argues that government workers higher wages are bad because private sector wages have gone down. Goldberg plays off the anti-government forces in play right now:

First things first-it's a false premise; we DON'T have to agree that a federal worker is more productive and is more deserving. That's just conservative "anger packaging." The federal worker is getting paid a fair living wage, while the private sector worker is descending into Robber Baron slave labor. Goldberg is a grand carnival barker for big corporate interests, and not his fellow Americans. If he cared anything about the plight of lower family incomes and high unemployment, his argument would have been completely the opposite.

Rep. Paul Ryan, R-Wis., offered an alternative vision of government in his famous “Roadmap.” Ryan's blueprint was denounced by liberals as too stingy and largely ignored by much of the Republican leadership.

Goldberg doesn't mention the devastating critique of Ryan's plan from the Center on Budget and Policy Priorities. By taking that official accounting out of the discussion, Goldberg can now blather on and on about theories based on fiction, and that would be enough for the conservative parties base, the low information voter.

Governments do not generate wealth; they can merely distribute it. Paul Ryan offered an answer to that question, and liberals scoffed because they reject the question. There's no such thing as enough, as far as they're concerned. That's what the Greeks thought.

Liberals didn't "scoff" and "reject" Ryan's plan for ideological reasons. They rejected it because it's bad math and redistributes wealth upward, while at the same time bankrupting everyone else.
Posted by John Peterson, Democurmudgeon at 6/03/2010 09:45:00 AM