AT&T Limits Cellphone User Data! But it might save you lots of money too? 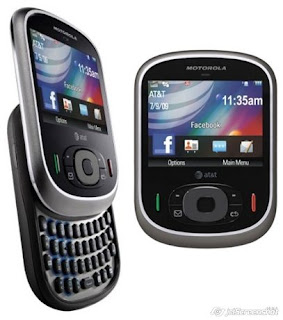 I almost blogged the following story of outrage yesterday, where cell phone companies were about to restrict the amount of data customers could use each month. Low and behold, there's another side of the story. My favorite tech reporter at the NY Times discovered people might actually save money;

David Pogue: Don’t know if you’ve seen the frantic blog headlines, but they boil down to this: Those big, greedy, monolithic cellphone companies have found yet another way to gouge us for more money. AT&T is the first company to introduce capped data plans. How anti-consumer, right? Surely this is yet another way to exploit the masses and stifle innovation!

But this is different. This time, I think you’ll wind up coming out ahead. DataPlus
costs $15 a month and gives you 200 megabytes’ worth of data transfer.

Of course, who has any idea what “200 megabytes’ worth of data transfer” is?

DataPlus: AT&T says that that’s 1,000 email messages without attachments, plus 150 that do have attachments, plus 400 Web-page views, plus posting 50 photos on Facebook and similar sites, plus watching 20 minutes of video from sites like YouTube or Hulu. If you use more than 200 megabytes, you’re automatically billed $15 more that month for another 200.

DataPro costs $25 a month—still $5 less than the unlimited plan—and gives you ten times as much data: 10,000 e-mails without attachments and 1,500 with attachments, and 4,000 Web pages, and 500 photos posted, and 200 minutes of video. If you go over the limit, you’re automatically billed $10 for another gigabyte of data.

Like hundreds of people reporting similar surprises on Twitter, I discovered that my wife and I almost never use more than about 150 megabytes a month. Here I am, a power-using geek, and I could put both phones on the DataPlus plan and save $360 a year!

Maybe I’m just dazzled by the $360 a year AT&T just saved me. But as I see it, AT&T has just pulled off a very delicate balancing act indeed: it came up with a new pricing scheme that benefits almost everyone, customers and AT&T alike.