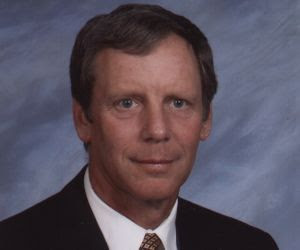 The most recent GOP plan to destroy public education surfaced recently in a proposal by governor candidate Mark Neumann:

Former U.S. Rep. Mark Neumann rolled out a state education plan Monday that calls for eliminating budget and staffing mandates, grading schools based on performance and increasing local control. “Through competition and innovation, failing schools will be given incentives to improve, or else be replaced by successful private choice schools, charter schools and other forms of innovative education.”

Replacing public schools with unproven, "innovative" forms of experimentation would seem crazy to most parents looking for a system with a proven track record. If just replacing bad schools with "successful private schools was the answer, than history would tell us that only great public and private schools would have replaced all the bad ones and we wouldn't have our current problem. Neumann seems willing to "innovate" on a grand scale with experimental, unproven ideas that subject a childs irreplaceble years with Milton Freidman's free market theory of "choice." Educators pointed out the obvious:

“We work in the classrooms and we know what works,” said Christina Brey, spokeswoman for the Wisconsin Education Association Council, the state’s largest teachers union. “His plan doesn’t appear to be research-based.”

Dan Rossmiller, a spokesman for the Wisconsin Association of School Boards, also expressed concern. “His plan seems to include a number of ways to redirect money away from public education…,” he said.

But do conservatives want to destroy public education so others can make a profit and gain an electoral advantage in fundraising once the unions are gone? From Schools Matter:

Gov. Chris Christie, appointed another ideologue like himself, Bret Schundler, to run what has been up until now one of the best state systems of public education in the country. To do their work for them, (they) have called upon sludge tank propagandist, Andy Smarick, who offered this summary in 2008 of how to charterize the world:

Commit to drastically increasing the charter market share in a few select communities until it is the dominant system and the district is reduced to a secondary provider … choose the target communities wisely … and a favorable political environment (friendly elected officials and editorial boards, a positive experience with charters to date, and unorganized opposition) … As chartering increases its market share in a city, the district will come under growing financial pressure. The district, despite educating fewer and fewer students, will still require a large administrative staff to process payroll and benefits, administer federal programs, and oversee special education. With a lopsided adult-to-student ratio, the district's per-pupil costs will skyrocket.

At some point along the district's path from monopoly provider to financially unsustainable marginal player, the city's investors and stakeholders--taxpayers, foundations, business leaders, elected officials, and editorial boards--are likely to demand fundamental change. That is, eventually the financial crisis will become a political crisis.

At which point, educating our kids will become a profit center and a growing new industry, with great schools charging more than the cheap marginal (bad) schools parents will have NO CHOICE but to send their kids. Complaining to elected officials will become a thing of the past.
Posted by John Peterson, Democurmudgeon at 6/24/2010 10:48:00 AM