The picture below is NOT A VIDEO, but a screen capture that will become all too familiar to Americans once Republicans grab power again. They'll campaign on jobs, jobs, jobs, but we know what they really mean. Four years of nit picky wedge issues and blind alley pursuits to nowhere.

Legal experts have already refuted every partisan GOP accusation, but since when has that stopped the Republican smear machine from getting whatever mileage they can out of a momentary issue, covered by a compliant media. 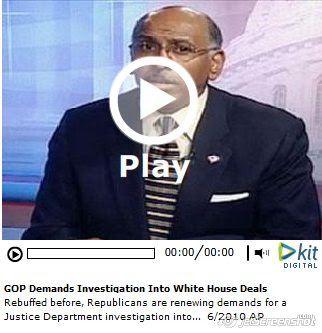