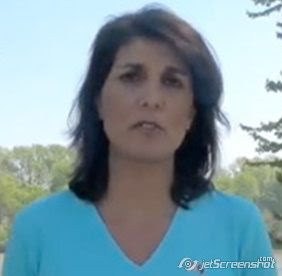 Jobs, jobs, jobs! The SC governors race probably reflects the major concerns of most voters in America this upcoming election. And at the top of the to-do list is to get people working again…right after Republicans hash out if candidate Nikki Haley is lying about her religious beliefs. Huh? Should it really matter?

Haley was raised Sikh but became a Methodist at the age of 24.

And this is an inner party primary fight. So much for jobs and their state budget crisis.

By design the GOBP is easily sidetracked with emotional wedge issues like religion, in a country where freedom of religion is a constitutional guarantee. Oh well, so much for the idea of a "constitutional republic," a promotional concept marketed by Republican focus groups. The word "constitutional" eliminates the historically accurate word "democratic," used by our founding fathers at the time, because it reminds people of the Democratic Party. Nothing partisan or wrong with that idea, right?
Posted by John Peterson, Democurmudgeon at 6/21/2010 10:40:00 AM