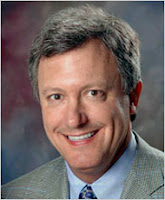 Here’s another story of a Democrat being shot, simply because he’s a liberal. If you go by the Anne Coulter’s and Jonah Goldberg’s of the world, we’re also terrorists, and should be shot cold dead.
Here we go again:
Bill Gwatney, the chairman of the Arkansas Democratic party, was shot and killed in his office in Little Rock Wednesday morning. A single gunman fired three shots at Mr. Gwatney, a former state legislator, in his office a few blocks from the state Capitol and then drove away. The suspect, driving a Chevrolet pickup truck, was chased south for about 25 miles by police officers and was shot after he was stopped. The suspect was killed.
The suspect is described as a white male in his 50s. Gwatney served as the finance chairman for Mike Beebe’s successful campaign for governor in 2006, and was appointed by Governor Beebe to head the state party.
Killing Democrats the next big thing? It sure looks like it. Was the gun purchased legally by a law abiding citizen? If it was, kind of blows a hole in the idea that we’re safer if we carry firearms legally doesn’t it?
Take a look at these earlier assassination agenda Stories: #1, #2
Posted by John Peterson, Democurmudgeon at 8/13/2008 03:31:00 PM