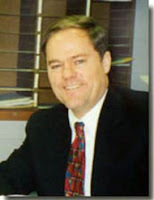 The Milwaukee Journal Sentinel’s Daniel Bice exposes another “family values” Republican and calls into question anything that he, or his party, supposedly stands for. I usually cut moderate Republicans a little slack, but after some of his comments, not this time. Bice writes:

Though a political moderate, state Sen. Robert Cowles doesn’t mind touting his conservative views on social issues. “I’d like to think,” the Green Bay Republican said last week, “that I have family values.” But you wouldn’t know it from looking at his investment portfolio.

Cowles, a state lawmaker for 25 years, made it clear that he knew that he had some money invested in strip clubs.

Here’s where it gets weirder. Cowles is ok with strip clubs, but concerned about everything else-“related.”

Cowles is not only the victim of “not knowing” that, he also didn’t know, “The company took a hit in 2006 when federal prosecutors in New York alleged that members of two mob families artificially manipulated the prices of a dozen stocks, including Rick’s Cabaret’s.”

He said he probably would ask financial adviser, Gary Tremble Tremble, his
longtime adviser, to sell off the stocks as soon as possible.

That’s ok then, that makes everything better? Typical Republican ploy, say or do what ever you want, then “take it back” later after the damage is done. Expunged from the records.

Tremble (said) he understood it was risky business for a politician to invest in risqué businesses. “It’s questionable,” Tremble said of the stocks. “But it is listed on the exchanges.” Cowles he acknowledged “This investment stuff is sticky. And you’ve pointed out something that doesn’t look good.”

Cowles is a master of understatement. Not only does it not look good, but flies in the face of the Parties platform and attempts to make money on a not so family friendly sex industry.
But “it is listed on the exchanges,” so it’s legal. And that’s all that matters. Skip the moral and ethical issues part, right?
Posted by John Peterson, Democurmudgeon at 8/18/2008 03:08:00 PM