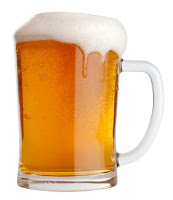 Incredibly, university officials who are trying to cope with problem drinking on their campuses, think spreading the problem state wide to 18 year old drivers is the solution to a problem they can’t control.
According to the Baltimore Sun, “100 college and university presidents nationwide say the current drinking age of 21 ‘is not working’ and has led to dangerous binges in which students have harmed themselves and others.”

In their signed statement, they are calling for a debate and a rethinking of campus drunkenness. "How many times must we relearn the lessons of prohibition?" the statement says. "Adults under 21 are deemed capable of voting, signing contracts, serving on juries and enlisting in the military, but are told they are not mature enough to have a beer."

Hmm, where have I heard that statement before? I remember, it was culled from the files of Republican clichés long forgotten. Here’s another one: "Kids are going to drink whether it's legal or illegal,’ said Johns Hopkins President William Brody, who supports lowering the drinking age to 18.”

I’ve got an idea that can solve this problem in just a few years. Let’s first try lowering the age in Texas and Florida. These are two very conservative states that advocate personal irresponsibility as a God given right.

Exempt them from the “National Minimum Drinking Age Act, which says that states with a drinking age lower than 21 will lose 10 percent of their federal highway money.”

Have these academics lost their collective minds? Yes, as demonstrated by William Kirwan, chancellor of the Maryland state university system. "We have a crisis on our hands. We need some new ideas and new thinking …new ideas can't be tested because of the federal law.”

New ideas can’t be tested unless the drinking age is lowered to 18? Give me a break. The idea is to warn students about the dangers of driving drunk in school sponsored Driver Ed classes. I thought most schools cut those classes because of tight district budgets, but I could be wrong. Of course nothing is stopping such classes from experimenting with different alcohol abuse programs anyway.

The simple fact remains: We’re talking state wide not just on campuses, and lowering the age will result in more drunk driving deaths. According to MADD, (who I think sometimes goes a little overboard); “They say lowering the age will pass the drinking problem down the line to high school students and that national surveys have found the public supports keeping the age at 21.”

Believe it or not, I’m going to let Katie Buckheit, a 19 junior say my piece for me.

She said if people were exposed to drinking at a younger age, they would be more mature about it. "Maybe I'm being idealistic, but in Europe you can drink once you can see the bar," she said. "I think we should maybe take a lesson from what other countries are doing."

That’s what I’ve done with my 6 and 9 year olds. We are always reinforcing the idea that drinking is social, and only a few drinks will do. Of course, in eight or so years we’ll see if our little experiment worked. Or maybe Laura Kranish, an 18-year-old sophomore from Silver Spring, is right when she said “students would drink as much they do no matter what the drinking age is.”

In which case, we're all doomed.