Trump, our brave no nonsense "tell it like it is" leader, was scurried of stage like a frightened rat in a moment that no one could have predicted; a protester carrying a threatening sign. A Fox News Alert breathlessly described the chaos:


“It was like he was running forward to get to the front,” said a man who declined to give his name. “He was saying ‘excuse me, excuse me’, working his way to the front.” 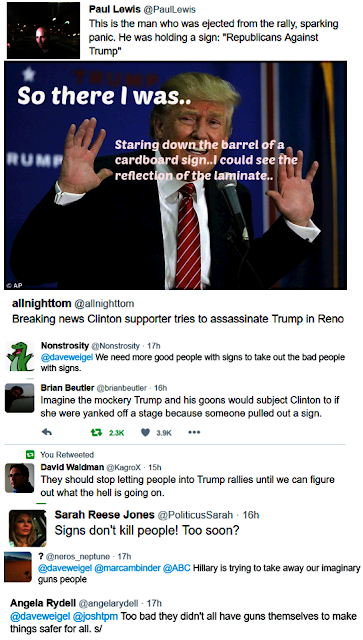 One popular loony toon actually tweeted this poster to mark the historical event: 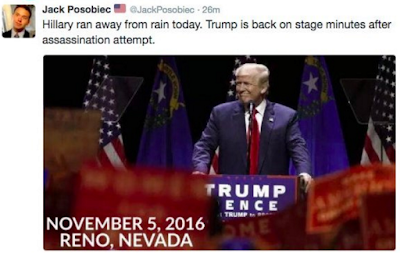