Only 29% say Trump has mandate, yet Obama's 50% mandate stopped cold by GOP.

Will the public get what they want from a Trump presidency:


59 percent of Americans believe that President-elect Donald Trump should compromise with Democrats when they are staunchly opposed to his proposals, according to a new Washington Post/Schar School poll.

Just 29 percent said that his election gave him a mandate to carry out his agenda. 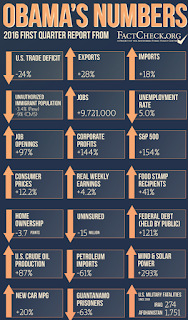 That's very different from Obama's actual mandate, which was undercut by Republicans who planned to oppose his entire agenda:


The Hill: A much higher number of respondents said President Obama had a mandate after his White House win in 2008 ... 50 percent said he had a mandate for his own proposals.


Trump's hyperbolic generic promises to fix everything won him the presidency, despite having no real plans. As I've said before, I'm going to enjoy watching this supply side mess unfold, and his empty promises smashed:

The GOP lie about the collapsing economy seemed real enough to convince voters of both parties to take a chance, try something different. The Democratic problem has always been their lack of bragging: 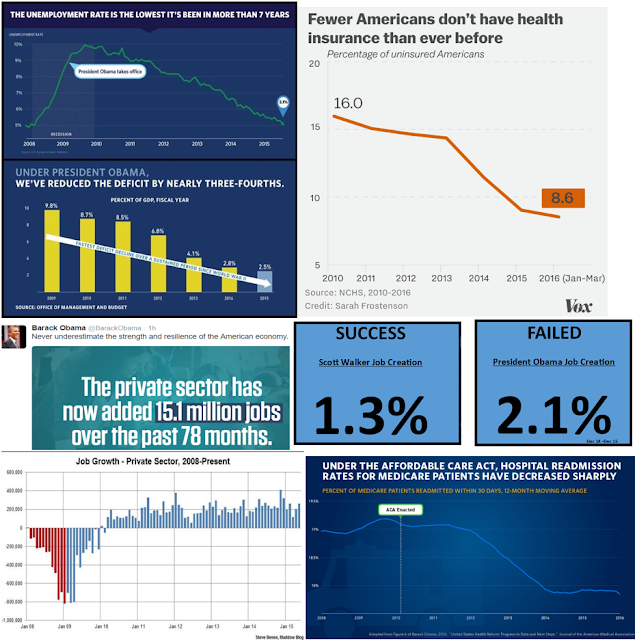 And yet, Americans are unhappy thanks to the mischaracterization of the Obama economy:


Nearly 9 in 10 respondents they have been dissatisfied with the country in recent years, and 8 in 10 say “large-scale changes” are needed to set the nation on the right course. The sample of respondents includes 400 Clinton supporters and 400 Trump supporters.