Slavery a Republican Metaphor that's Off Limits to Democrats! 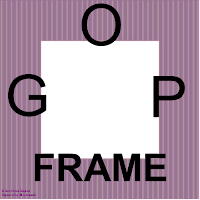 Air America noticed how certain issues, like Nazism, Hitler and slavery, are taboo topics for Democrats, but justifiable comparisons for Republicans:

Harry Reid likened opposition to health care reform to opposition to the emancipation. Republicans are calling foul and touting their historic role in freeing the slaves.
Harry Reid got things rolling on the Senate floor:

You think you've heard these same excuses before? You're right. In this country there were those who dug in their heels and said, 'Slow down, it's too early. Let's wait. Things aren't bad enough' — about slavery.

Michael Steele shot back that Reid was "far out of bounds with his absurd and offensive comments." Reid has now compared his quest to pass the Obama-Pelosi government takeover of health care to the effort to end slavery.... To suggest that passing this horrible bill is anything akin to ridding our country of slavery is terribly offensive and calls into question Mr. Reid's suitability to lead.

But there is quite a history of the GOP and its maniac messengers using the history of slavery to underline various forms of wingnuttery.

Ron Paul called taxes slavery: The income tax is … is a form of involuntary servitude, which was supposed to have been outlawed by the 13th Amendment.

Mike Huckabee likened abortion to slavery earlier this year: "What are we saying to the generation coming after us when we tell them that it is perfectly OK for one person to own another human being?" Huckabee said. "I thought we dealt with that 150 years ago when the issue of slavery was finally settled in this country"

Glenn Beck compared the economic stimulus plan to slavery. Beck also claims that progressives share a lot in common with slave owners: "We call them progressives now, but back in Samuel Adams’ day, they used to call them tyrants,” said Beck. “A little later, I think they were also called slave owners."
Newsy.com put together this great compilation of viewpoints.