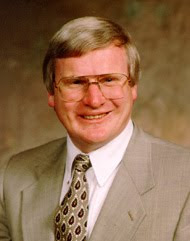 Making the press again, and not getting publically scorned for his efforts, Republican crazy Glenn Grothman is now taking aim at spending in general. The next thing you know he'll start following public employees during their off hours, checking off what they buy at the grocery store, and complaining about that too. The Chicago Tribune:

WHEDA, the state authority that tries to locate low-income housing for poor residents, and does NOT use taxpayer money, spent $1,400 on flowers for its employee holiday party.

The expenditure drew the ire of state Sen. Glenn Grothman … calling the Wisconsin Housing and Economic Development Authority expense ridiculous. He says the money would have been better spent as a donation to the Salvation Army.

WHEDA … stands by the decision to hold the party to keep morale high and that no taxpayer money was used.

The Milwaukee Journal Sentinel had more:

The authority does not use tax money, instead relying on bond sales and fees. It said that this week the board approved $555,000 for emergency housing shelters and transitional housing programs, and that Grothman voted against that measure. Grothman says he objected to one $50,000 earmark.

For Sen. "Scrooge" Grothman, his one objection was enough to hold off spending $555,000 on emergency housing. Maybe Grothman can donate some of his "valuable time" to the Salvation Army. As far as that free spending state authority is concerned;