The Party of "For Profit" Health Care Ghouls 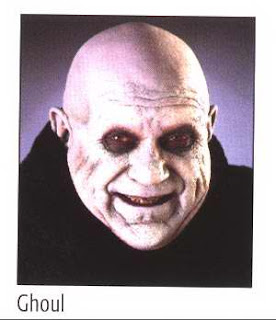 When Democrats ran in 2008, did they really think that universal health care meant tossing everyone into the private insurance market? One clueless southerner thought so.

MSNBC.com: Democratic Rep. Parker Griffith of Alabama, who hails from a heavily conservative congressional district, announced Tuesday that he will join the GOP.

"I have become increasingly concerned that the bills and policies pushed by the current Democratic leadership are not good for north Alabama or our nation," he said during a press conference to announce the switch. "More importantly, they do not represent my values and convictions."

First, Griffith has it backwards, "more importantly" should be applied to policy, laws that effect the nation, not his own personal values and convictions. Maybe he thought he was running for the state legislature?

If Griffith had a problem, a concerned about making tough decisions that could go either way, than migrating to the Party of Irresponsibility is a natural move. The party of "no" and disaster capitalism will welcome him with open arms.

If he doesn't get the simplicity of common sense economics, identifying more with the now discredited "fiscal conservative" cliché, then good riddance.

Bottom line: Only a Republican would think it would be acceptable for a business that has nothing to do with medical care to profit from the pain and sicknesses of others. Ghouls.
Posted by John Peterson, Democurmudgeon at 12/22/2009 02:30:00 PM