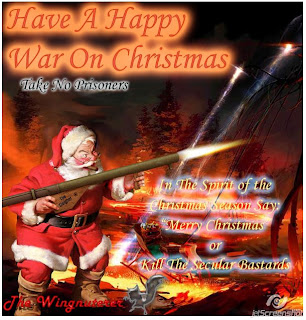 And this dated but highly irrelevant story:

Los Angeles Times/Dan Neil—The Mississippi-based American Family Assn. last week issued a fatwa against Gap Inc. — the retailing giant whose brands include Gap, Old Navy and Banana Republic — calling for a “two-month boycott over the company’s failure to use the word ‘Christmas’ in its advertising to Christmas shoppers.” The War on Christmas season has officially begun.