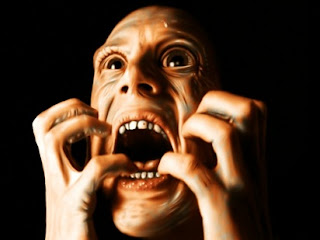 Come to Wisconsin, we guarantee it's a "Terrorist Free Zone," because it says so right here in our law.
Republican scaredy cat Rep. Dean Kaufert feared the terrorists so much that he sponsored the "Terrorist Free Zone" assembly bill that would prevent the state from entering into any agreement to house detainees from Gitmo. Joining him under the bed with the shivers are fellow Republicans. Out of sight and out of mind, I guess. And if it creates jobs...oh, never mind.
Only Criminals are vote Democratic, so take their voting rights away well after they're out of jail.
Tough on crime Republicans, now trying to blame "liberal" Democrats for their costly toughness, fear giving released felons the right to vote would allow them "to forget the reason why they lost their right to vote in the first place." Despite statistics that says returning that right reduces recidivism and saves money on voter felon lists and reduces lines during elections, Republicans would much rather make them criminal outcasts who can never escape persecution.
Posted by John Peterson, Democurmudgeon at 12/19/2009 03:39:00 PM