Republicans Efforts to Raise the Cost of Health Care Succeeding, While Public Support for their Plan Grows. What's wrong with this picture? 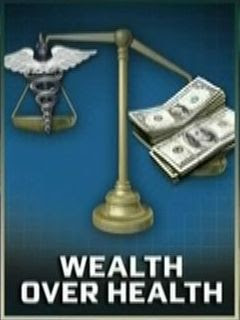 Recently I emailed a conservative friend a detailed explanation of health care reform savings sighting CBO numbers, expert research etc., and got back his answer: "I don't care, government is too big." That's it. Simple.

So I shouldn't be too surprised to see the GOP gaining traction and public support for their efforts to INCREASE the cost of health care by stripping out any cost savings from health care reform. After all, their…fiscal conservatives?

NY Times columnist Gail Collins summed up my feelings best with this op-ed:

The Republicans are the fiscal conservatives in Congress, at least in the years when they aren’t actually in power. But you would expect them to try to push the whole project in the most economical direction possible. For instance, the bill would establish an independent commission on Medicare payment rates.

Obviously, this is an area where the Republicans would want to swing into action. And they did. They prepared an amendment eliminating the Medicare panel entirely.

In fact, G.O.P. senators appear to have amendments aimed at wiping out virtually all the cost-cutting the Democrats have put in the bill, including productivity adjustments and incentives for innovation in health care delivery.

If they can’t kill the bill completely, Republicans who are not from Maine seem intent on raising its price tag.

The Medicare Advantage policyholders cost the government 14 percent more than regular Medicare recipients, including free Band-Aids or gym memberships. In fact, on Thursday Senator Orrin Hatch proposed an amendment that would eliminate the entire $120 billion in Medicare Advantage savings from the bill.

There is no sane explanation for all this other than crass political calculation.

On Thursday, Senator Michael Bennet, a Colorado Democrat introduced an amendment specifically promising that Medicare recipients would not lose any of their current guaranteed benefits. It passed 100 to 0. Meanwhile, Colorado voters were getting robocalls from John McCain warning that the health care bill was going to cut their “vital Medicare coverage.”