I know, the title contains pretty strong language, but Belling is smearing excrement all over the business I once loved. 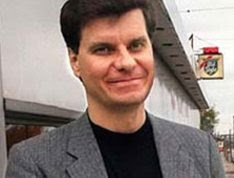 No kidding! Having lived in the area for years and having seen the actual ad myself, Belling could have asked almost anyone in the media if the ad was real or not, before just MAKING THINGS UP.
What is it about conservative who BS and pass out back hand mea culpas, like this:

"It may be phony and disingenuous, but it's not a fake," Belling writes in a post on his web site.

What could possibly be phony or disingenuous about Feingold’s old political campaign ad? His "correction" makes about as much sense as the crap Belling belched out on his radio show about how Feingold created the ad. You’d have to be on an hallucinogen to come up with this convoluted tale of fiction:

On Tuesday, Belling declared on his drive time show and web site that Feingold's ad was made using a "green screen," and that Feingold filmed his portion elsewhere and had it superimposed over an image of his Middleton home. Belling's take on the ad was the subject of a PolitiFact Wisconsin item in Thursday's paper. Belling later admitted he had no proof that a green screen technique was used. Feingold and several witnesses say he was filmed at the house.

I can say without equivocation, having been a radio host myself for 25 years, that there is no longer a community standard or ethical responsibility by program directors or broadcaster of conservative talk to put out a quality product.