Republicans opt to duck the public right to know by avoiding “gotcha” press. Who’s buying this? 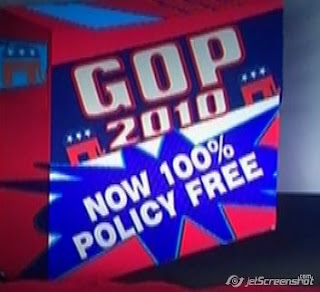 Victim hood is owned hook, line and sinker by conservatives. Sarah Palin proved once again that avoiding the press by portraying media criticism of her as “personal” and “gotcha” politics is a winner. Why offer unpopular ideological proposals to reform Social Security, Medicare, Medicaid, public education, gay issues and religion when you can avoid the press completely and ride public anger into office?
Rand Paul no longer has to tell the public where his libertarian stand is on the issues. Sharron Angle, Joe Miller, Scott Brown and Christine O’Donnell joined him. Here in Wisconsin, Republican unknown millionaire and Sen. Candidate Ron Johnson put off all debates until the second week in October, taking advantage of his primary bump and avoiding adding to his long list of gaffes.
But oddly missing, again, are tea party activists who apparently agree, the best strategy to gain power is the politics of...silence.
The politics of silence says a lot about their national vision and draconian big government, one party agenda.