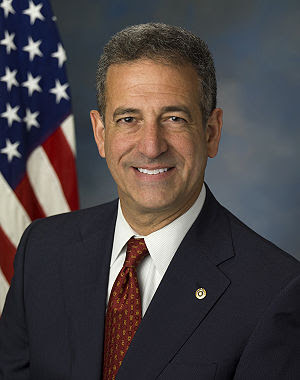 Image via Wikipedia
Rachel Maddow has highlighted in the past Republican governors and elected officials who have posed for stimulus money pictures, even as they complain incessantly about government handouts. Ron Johnson has now joined that elite club of conservative hypocrites.

(WTAQ) - An Oshkosh newspaper reports Republican candidate for Senate Ron Johnson called to ask about federal stimulus money in March of last year.
Johnson has been strongly critical of the federal stimulus bill that incumbent opponent Russ Feingold voted for. Johnson reportedly asked the CEO of the Oshkosh Area Community Foundation about stimulus money and whether it could be applied to that city's $1.8 million renovation of the Grand Opera House. Eileen Connolly-Keesler confirms the call in an e-mail.

But like all conservatives, the overall meaning of your statements and actions don’t necessarily mean…what you meant…if you know what I mean…

Johnson's campaign says he may have asked a question or two, but that doesn't mean he supports the stimulus effort or even wanted the money.

Yeah, right, how could we think otherwise, even if the opera house had received the stimulus money as per request by Ron Johnson…sorry, even I can’t make this wild an exaggeration just for fun. Russ Feingold is more formal in his observation:

Feingold's camp says the story raises questions about Johnson's credibility and the Republican needs to provide some honest answers.