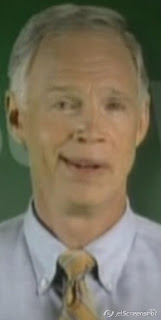 Republican millionaire candidate for the people hoping to "take back the country," Ron Johnson, needs more time than a brutal primary has to offer to prepare for a seat in the Senate:

There’s one set for Sunday night in Eau Claire. But Johnson told a reporter at his primary victory celebration last night that he probably won’t go. As he put it, “That’s pretty quick.”