Huh oh, Ryan Suffering Delusions of Grandeur: On his "Road Map" to a Dickensian Future: "I've gotten (a) great response from Democrats." 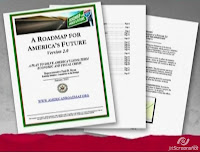 Ever wonder what would happen with a near super majority of Republicans in the Senate when it came to privatizing Medicare and Social Security? A few conservaDems would put an end to a possible filibuster and help the Republicans wipe out The New Deal. On Greta Van Susterin Fox News show, Ryan said this

Paul Ryan can dream, can't he?

The Hill: Rep. Paul Ryan claimed this week that some Democrats are supportive of his sweeping blueprint to balance the budget — just not publicly ... “But I’ve also had Democrats who say, ‘If it weren’t so political I would go for this,’” he said. “When the microphones are turned off, I’ve gotten great response from Democrats,” Ryan said. “The problem is we have this political paralysis.”

Under Ryan’s … Road Map for America’s Future, those younger than 55 today would receive vouchers to purchase private insurance coverage in lieu of having Medicare’s single-payer coverage kick in when they hit 65 … “I don’t want to turn the safety net into a hammock,” he told Fox.

No one wants to see a Grandpa or Granny in their 80's, living out the rest of their lives in peace, comforted by a big old government hammock. Are there no work houses….

But recently on Fox News: Ryan:

"What I don't want to turn the safety net into a hammock. It ends up draining them of their incentive and will to make the most of their lives. That's the big philosophical difference. On the left they don't like it. On the right, they like it.

I can't help but wonder why.