Conservatives have an odd sense of humor. Is it any wonder why they sound out of breath and panicky every second of the day, on talk radio and Fox "News," after imagining the most insane outcomes from the last election. While Democrats put up with Bush and the Republican Congress, and maybe we shouldn't have, the right churns out this dreck. 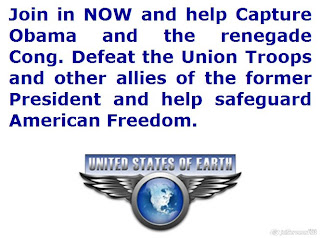 I just love the anti-American, anti-Obama web site USofEarth.com. We can now entertain ourselves with a game of revolt or get a dose of good humor, like the Trade Center "sand castle" below.

Isn't it strange how the Republicans, after being voted out of office, stamp their feet and hold their breath when they can't get their way anymore.
Under the web site heading, "2011 Obama's Coup Fails," they weave their little story...

Private Ownership of firearms has been outlawed, and Obama has promised a new era of equality and peace. Unfortunately for Obama, Americans would not act like the sheep he had taken them for. Revolution begins.

The United States is a creation of "racists and warmongers," Obama says to a stunned America, and is to be replaced by the North American Union. In the course of this very broadcast, Obama, with two simple pen strokes, signs the "treaties" into law. One dissolves the United States and its Constitution, and the other disarms what is left of the gun-owning United States citizenry, as part and parcel of a United Nations Treaty to ban all firearms, which had already been signed into law by over 40 nations.

As for the Trade Tower picture below (oddly listed under "Humor"), the tasteless terrorist art form of sculpture is not made fun of, but instead featured to elicit "humorous" outrage? 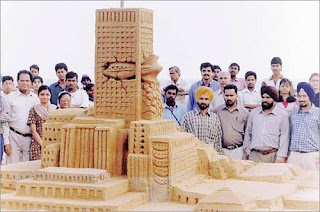 "Politically Incorrect reaction to the following photo from me I guess when I say that these a**holes need a damned nuke dropped right on top of them. Pisses me off to see celebrating planes going into the Twin Towers and making a celebration and sandcastles and having a grand party. Yeah I know, since I live in NY I can hear people chime in with ” We caused it”. That kind of BS makes me sick to hear."