Republican Goal of Direct Government Policy Initiatives, Referendums and Propositions the End of our Republic 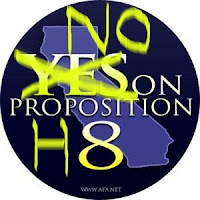 The two party system of government in America is now threatened by a third element, direct governing, where people bypass their elected officials and legislate by majority vote. That's why I've included the following more credible state supreme court justice's opinion here, and a conservative, to say exactly what I've been thinking for so many years. LA Times:

California Chief Justice Ronald M. George, in a speech before the American Academy of Arts and Sciences, says the ease by which
Californians can make new laws at the ballot box has "rendered our state government dysfunctional." George criticize the initiative process and call for reform. George, a moderate Republican, has been critical of the initiative process in the past, George noted that in November, voters passed initiatives to regulate the confinement of fowl in coops and passed Proposition 8, which overturned part of a California Supreme Court ruling that gave gays and lesbians the right to marry.

"Chickens gained valuable rights in California on the same day that gay men and lesbians lost them," George said. Much of the state Constitution and many state laws "have been brought about not by legislative fact-gathering and deliberation but rather by the approval of voter initiative measures, often funded by special interests," George said.

"These interests are allowed under the law to pay a bounty to signature-gatherers for each signer. Frequent amendments -- coupled with the implicit threat of more in the future -- have rendered our state government dysfunctional, at least in times of severe economic decline."

George noted that voter initiatives have restricted the taxing power of the Legislature, leaving state revenues dependent on a "boom or bust economic cycle."

"The consequences this year have been devastating to programs
that, for example, provide food to poor children and healthcare for the elderly disabled," he said.

Unless Californians reform the initiative system, "we shall continue on a course of dysfunctional state government, characterized by a lack of accountability on the part of our officeholders as well as the voting public," George said.