Are These Republicans just plain Loco When it comes to Census? 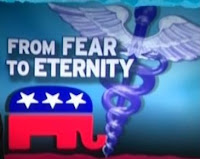 Republicans would love to mess up the U.S. Census. A dysfunctional count will just bolster their argument that big government can't do anything right. But the party of no has now hatched a few other ways to politicize counting heads. These "fiscal" conservatives would also love to waste millions of taxpayer dollars. It's true. NY Times:

With the start of the 2010 census just a few months away, Senator David Vitter, a Republican of Louisiana, wants to cut off financing for the count unless the survey includes a question asking if the respondent is a United States citizen.

Because Republicans want to be identified as constitutional scholars, they apparently have no problem ignoring one important part.

Mr. Vitter said that his aim is to exclude noncitizens from population totals that are used to determine the number of Congressional representatives from each state. He is ignoring the fact that it is a settled matter of law that the Constitution requires the census to count everyone in the country, without regard to citizenship, and that those totals are used to determine the number of representatives.

Vitter's purpose is to discourage participation from those who are legal and illegal. Even more amazing, if we did ignore the constitution, states and cities would be short changed from getting federal dollars. That would increase local and state taxes. Will anyone blame the Republicans for raising your taxes?

But subtly is not the GOP's strong suit.

Advocates for the census say that Senator Orrin Hatch, a Republican of Utah, has also raised the idea of another bad, last-minute change. Under current practice, the only people living abroad included in the census are military personnel and federal civilian employees, and the families of both, stationed overseas. Mr. Hatch, these officials say, wants to include certain other Americans living abroad temporarily, a definition that would be tailored to include — you guessed it — Mormon missionaries. There seems little doubt that the goal would be to increase population numbers for Utah — to try to garner another Congressional seat.