Unlike Republicans, Democrats Afraid of “Overreaching.” What a bunch of Weeners. 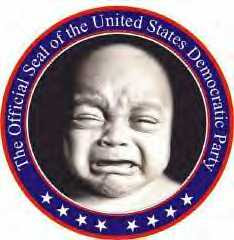 The Democrats may have won nationally and locally here in Wisconsin, but they still haven’t talked themselves into believing in their own philosophical agenda. For liberals the “sticks and stones” names they’ve been called still hurt, even though they came from the failed ideologues of the Republican Party, and to push a “social” policy that helps the middle class runs the risk of even more criticism. Take for instance this pathetic response from the newly empowered Democratic legislature.

Wisconsin State Journal: “… now comes the hard part - repairing an at least $3 billion projected budget hole and a shaken state economy. Rep. Mike Sheridan, D-Janesville, a lawmaker in the running to be the next Assembly speaker, said "We have difficult decisions ahead of us. Yes, we've taken back the majority but it's almost like getting caught holding the bag.”

What a show of confidence. Most people would be glad to take the reigns and fix the states problems, but to Democrats here, they’re “getting caught holding the bag.”

For Republicans, who have won the psychological war of words through their intimidation of Democrats, the mind games provide a perverted form of entertainment.

"The Democrats will eat their own in the first six months," Senate Minority Leader Scott Fitzgerald, R-Juneau, said. "I cannot wait to see the budget wrangling between them."

Still, it’s possible the Governor might push these liberal weenies to do something:

Democratic Gov. Jim Doyle was upbeat Wednesday about the prospects for previously stalled parts of his agenda, "The Democrats are going to have to govern both in the state of Wisconsin and at the national level and I feel very confident that we are up to that challenge."