Scott Walker and his band of plundering Republican pirates dramatically cut taxes and funding for public education, which in turn resulted in a statewide wave of approved school referendums from concerned parents.

Goal-Get Out of the Top Ten High Tax States, no matter what: Paying bills, maintaining infrastructure, funding education...forget all that. Wisconsin Republicans have one goal; change our reputation as a high tax state.

4th Highest - Wisconsin: While most of the states with the highest tax burdens are in the Northeast or the West, Wisconsin and Illinois are the exceptions to that rule. The tax burden in Wisconsin is 11% and per capita taxes are more than $4,700 ... property taxes in Wisconsin tend to be high, though incomes tend not to be, which is part of why it is a high-tax burden state. 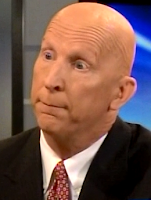 Sen. Duey "Voldemort" Stroebel: “I believe there is more harm being done to our tax climate via school referendum than anyone realizes. If everything passed, next year property taxes in Wisconsin would be $63 million higher just from operating (referendums) this election and voters would have approved a total of over $2 billion in school debt in the past thirteen months.”

The operative phrase here; "voters would have approved...!" Can't have that? Gerrymandering doesn't work here.

Stroebel wants to Punish Responsible Districts for Funding Public Schools, Reward Districts that Didn't: See if you can spot the "small government" part of Stroebels disciplinary actions against parents and their communities:

1. Stoebel would eliminate what are known as recurring referendums — ballot questions that raise property taxes permanently.

2. Cap any referendum for operating costs at five years.

4. That state aid would then be redistributed to the rest of the state’s school districts through the state funding formula. Stroebel said, “If you as a local community think you have a need and an ability to spend more on education, then we need to re-prioritize to other districts who haven’t done that.”

5. When school boards could ask voters to approve spending and building projects would be limited to spring and fall general elections.

6. School boards also would be required to vote on seeking a referendum at their regular meetings, and boards could only vote on referendums that issue debt at their annual meetings.

7. Districts also would be required to include the cost of debt and interest payments in the total referendum amount presented to voters, which is currently not required,

8. A bill would provide 50 percent matching state funds for school districts that set aside money they receive under their revenue limits in a fund for maintenance and construction projects. If the district seeks a referendum within 10 years of using the matching funds from the state, the money is reimbursed to the state through a reduction in the district’s state aid.

But we're still in the top ten of high tax states because voters are raising their own taxes, unbound by every Republican politicians "No Tax Pledge" to Grover Norquist, who came up with the idea when he was 12 years old.

GOP politicians screw over Rural Conservative Communities...again. When will they learn?:


“Now they’re changing the rules and saying, essentially, we don’t trust our local voters, perhaps, and we should step in here and take certain discretion away from local voters.”


“There is not a single author from rural Wisconsin, where these bills will have the most serious impact. This is a case of how many of our legislators in the Fox Valley and southeastern Wisconsin are disconnected with the needs of the rest of the state. If they truly want to limit the number of referendums occurring, they need to take a look at the cuts that have occurred to public education since 2011 and provide adequate funding to meet present needs.”

State Superintendent Tony Evers, who oversees the Department of Public Instruction, said the proposals fly in the face of consistent support from voters to increase taxes to fund schools.


“Through tight budgets and changing political winds, Wisconsinites have consistently voted to raise their own taxes to support their local public schools. Instead of restricting local funding options for schools, our focus should be on how we can work together to increase state support to take some of the pressure off.”