My conservative friend in Milwaukee is probably eating this stuff up. As much as he hates listening to Trump's voice, he still worships daily before the idol Trump. Here's a sample of his conversation with me:


"I'm laughing at the higher intellect we're in the White House you're not it had nothing to do with Russia ... John you can be labor the point to your blue in the face the Democratic party will not be in power for another 20 years they keep this shit up .... how many Democrats met with that same and ambassador?"

See. So meeting a Russian ambassador as a politician is the same as a candidate running for president meeting secretly with the ambassador of a hostile foreign government already attempting to manipulate our election?

And any new proclamation from Trump will be memorized and repeated by my friend a thousand times over... 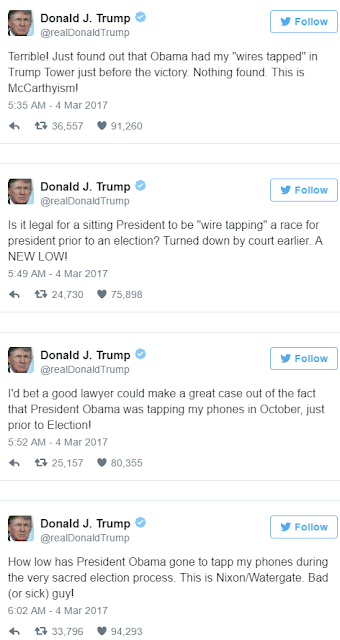