TrumpCare not free market enough...Republicans back "buy or die" plan with no refundable tax credits.

And they've double down. Republicans are now revolting against Paul Ryan's draconian plan, pushing instead to kill any government refundable tax credit to help people pay for health care in their new "free market" experiment.


Conservatives criticize. Bloomberg: “An analysis written for an influential Republican Study Committee, a group of about 170 House conservatives, derides a key component; tax credits to individuals who wouldn’t otherwise have access to health insurance. The report called the refundable tax credits ‘a Republican welfare entitlement.’ ‘Writing checks to individuals to purchase insurance is, in principle, Obamacare,’ says the memo…”

The Atlantic on “The Conservative Uprising Against the Republican Healthcare Bill”: “‘It’s Obamacare in a different format,’ Representative Jim Jordan of Ohio … If the full Freedom Caucus voted as a bloc, they could sink the bill on their own … FreedomWorks labeled the plan’s requirement that people pay a 30 percent premium to insurers if they stop their coverage for more than two months ‘the Republican individual mandate.’ The Koch Brothers-backed Americans for Prosperity urged the leadership to ‘go back to the drawing board’ a day before it released their bill.”

Over at Breitbart News, the lodestar of the Trump administration, readers variously dubbed it “Ryancare,” “Obamacare 2.0,” “Soroscare” or, for the wonks, “unEarned Income Tax Credit II.”

You see, Ryan wasn't cruel enough apparently when he included this:


Hundreds of billions of dollars taxes cuts for the wealthy (is helped) by raiding Medicaid, a health care program that benefits the poor but is also a lifeline to many elderly people ... by raising the cost of health coverage for those over the age of 55 and those with pre-existing conditions.

There's a reason no civilized country in the world would try doing this, right? Health care isn't a consumer product; you don't choose to buy or not buy treatment for a heart attack, cancer, broken arm...etc.

Even though this whole debate is just over the individual market, it effects all insurance premiums.

Let's review what increases looked like before the evils of "ObamaCare" kicked in: 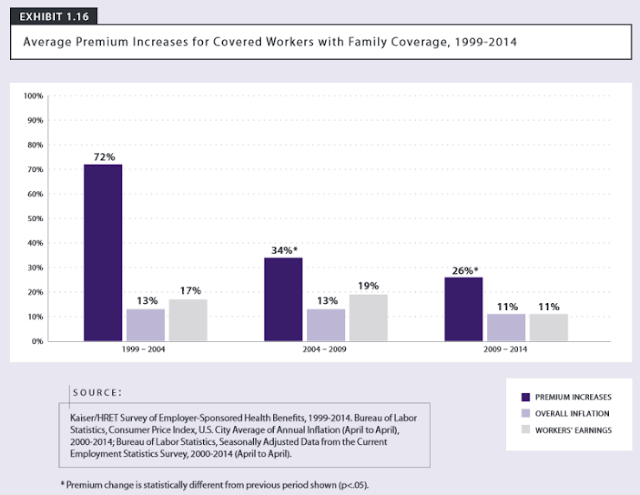 Let's take a look at just how bad the ACA was insuring Americans, before and after "ObamaCare:" 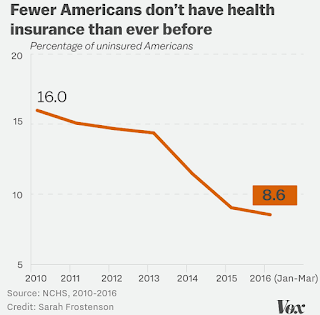 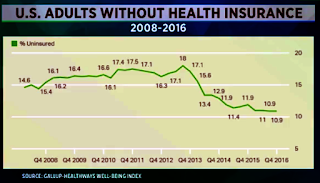 In fact, I remember the following...

In August 2008, about six months before debate began in Washington on what would become the Affordable Care Act, 82 percent of Americans were so dissatisfied with the U.S. health care system they wanted it overhauled.

The main reason so many of us were uninsured in 2010 was that health insurance had simply become a budget-buster for many American families. The cost of employer-sponsored family coverage reached $13,375 in 2009, an increase of 131 percent in ten years, according to the Kaiser Family Foundation.

And almost 18 percent of our GDP is consumed by health care expenses, compared to 11.7 percent in France and 11.3 percent in Germany.

Under Bush, the average family premiums (including both what employers and employees pay) went up $4,677 in his last six years in office, from 2002 to 2008, an increase of 58 percent. Bush’s first six years that increase was 72 percent.