TrumpCare/RyanCare is "free market" voodoo: The CBO analysis may have freaked Republicans out, but that bad news only scratching the surface. There are so many moving parts in health care, that it's like a game of whack-a-mole. The GOP's "free market" voodoo gives insurers and hospitals unlimited control over 17.8 percent of the economy. With that much money on the line, what do you think will happen?

Profit over People: Hey, it's business:


Dr. John Noseworthy, the chief executive of the Mayo Clinic, recently told his employees that the prestigious health system will prioritize the care of privately insured patients over those on Medicare and Medicaid.

That's bad news for the massive number of baby boomers moving into Medicare.


That bold pronouncement reflects the growing unease among hospital executives who are watching profits shrink due to steady increases in the number of government-insured patients. Noseworthy said...

“We’re asking … if the patient has commercial insurance, or [if] they’re Medicaid or Medicare patients and they’re equal, that we prioritize the commercial insured patients enough so … we can be financially strong at the end of the year.”

While we were concentrating on the huge number of people losing their insurance in the individual market, Medicare patients are getting pushed aside by hospitals as well:


“There is this thought that hospitals treat whoever comes to their door, but this is a statement that lays out what happens,” said Christine Spencer, a health economist at the University of Baltimore. “It’s a surprise to hear it out loud like that."

Hospital Power Play: This isn't a new concept either, and its created inflated insurance premiums in the past in regions where hospitals have monopoly power.

The health system’s market power gives it the ability to charge more for its services and command high payments from commercial insurers, a clout it can’t wield with the federal government. So, in prioritizing those commercially insured patients, it is following the money.

According to Harold Miller, chief executive of the Center for Healthcare Quality and Payment Reform:

“It’s a very lucrative thing for them to do." While it makes sense from business perspective, it doesn’t help to solve the underlying problem of America’s sky-high medical costs. “True leadership would be to figure out how to deliver high-quality services at the lowest cost possible. If institutions are simply going to say, ‘I’m not going to serve patients unless I get paid more,’ that’s only contributing to the problem.”

While Republicans feign concern over the poor, and play them for saps by giving them a false sense of security with bare bones catastrophic junk insurance policies, hospitals are aiming for much higher:

The hunt for higher-paying patients plays out in all sorts of ways, experts said. A medical center may locate its satellite offices and target its advertising in wealthier suburbs. Hospitals might reduce emergency room services so they do not have to handle the chronic yet untreated issues — such as diabetes or high blood pressure — that regularly bring people without insurance to the hospital. 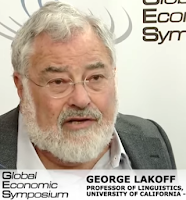 Regulation is another way of saying Protection: Word smith George Lakoff came up with this simple interpretation. Once I had a chance to absorb the concept, I immediately saw how it works for "free markets" and "social" programs.

In reality, government doesn't get out of the way in a free market system, it actually establishes regulations - or protections - that let businesses do things.  "Socialism" also provides regulation - protections - but for the public good. So which side do you want to protect more?
Posted by John Peterson, Democurmudgeon at 3/20/2017 12:01:00 PM