Trump unshackled is incredible. Unhinged would be more like. His mindless followers will gladly saunter with him over the cliff because everything they believe is invested in him.... 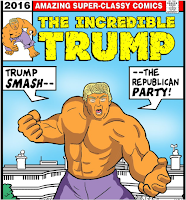 No one deserves it more than Paul Ryan. He ignored all the warnings and befriended a stark raving narcissistic sociopath.

How does it feel being dragged publically through the sewers by your vindictive GOP presidential candidate, Paul?

Trump: "Wouldn't you think Paul Ryan would call and say, 'good going'? You'd think they'd say, 'Great going, Don. Let's go, let's beat this crook. Let's beat her. We've got to stop her.' No, he doesn't do that. There's a whole deal going on. We're going to figure it out. I always figure things out. There's a whole sinister deal." 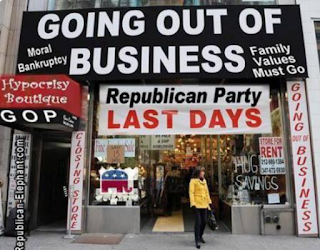 And because I don't know when I'll ever use this, a pretty cool idea...

In an interesting twist poll wise....js


Donald Trump has slipped further behind Hillary Clinton in Wisconsin and now trails her by 7 points in the latest survey of likely voters by the Marquette Law School. Clinton leads Trump 44% to 37%. The poll’s timing made it a natural test of the impact of the tape, since about half the voters were interviewed Thursday before the tape surfaced, and about half were interviewed just as the story was breaking or after it was widely reported.

The pattern is dramatic: Clinton trailed Trump in Wisconsin by 1 point on Thursday before the tape broke; she led by 6 on Friday as the story was getting out; and she led by 19 on Saturday and Sunday, after the story had gone viral.

“We have really good evidence that there was in fact a substantial shift,” said Charles Franklin, who conducted the poll.