Pence confronted by Iowa Trump supporter threatening revolution if Clinton wins; "...we can't have her in." 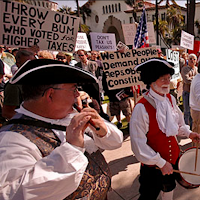 If the anti-White globohomo bezosian ruling class and their media shills are so stupid to heft clit lickin’ clinton first across the finish line by resorting to the dirtiest of tricks — outright election fraud — then there will be war. Not the op-ed rhetorical war favored by pansy liberals.

My advice to the leftoid equalism hate machine and the cowardly traitorous GOPe cucks: think twice about this road you’re going down. It doesn’t end well for you.

Well, it seems the word is out, and an armed revolution will be upon us if our cry baby alt-right tea party losers don't get their way. 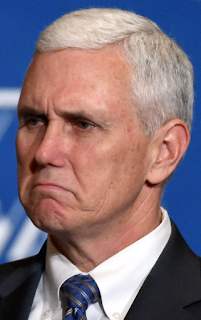 Ronda: “No, I’m like Trump ( applause and a few cheers from the crowd). Do I not speak for people here? Am I not saying the truth, guys? Come on.”

Despite the avalanche of restrictive voter ID laws suppressing the vote, Republicans will never deep six one of their favorite mind numbing talking points:

Ronda: “What are we gonna do to safeguard our votes?”

Pence: “If you are concerned about voter integrity and you haven’t signed up to be a poll watcher, to volunteer at a polling place, to be a part of the integrity of that process, then you need to do it.”

Scott Walker set the bar highest, when he talked about a his perfect plan to prevent even one fraudulent vote:

Scott Walker: “All it takes is one person whose vote is canceled by someone not voting legally and that’s a problem. I always tell folks who oppose (the ID law) tell me whose vote they want canceled out.”

Of course, you could easily ask Walker about every potential voter who had difficulty getting, or couldn't get their photo ID in time to vote:


Me:  "All it takes is one person whose vote is prevented and canceled out! And that's the problem."