800 Executives Cry us a River.

I had to laugh when I read the following article about our elite “job creators,” those right wing CEO’s with money to burn, perpetuating the myth that they are the center of the universe. I’d like to send them all to China, for good, and see how they like communism. 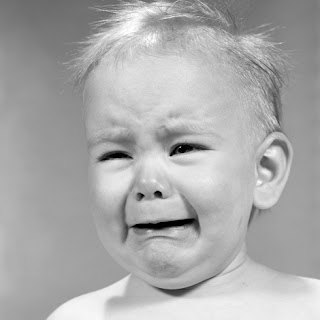 Not to get sidetracked, I’ve condensed the following trash talk by our ruthless, conservative CEO blowhards, who want you to believe consumer demand has nothing to do with their success. They magically get money from deregulation and create jobs out of the goodness of their heart. Oh thank you masters…

Again, consumers create demand, which then creates jobs to keep up with that demand. Don’t forget this is a survey of 800 executives, who think the other 47 percent are just takers, and never understood that a free market is the last place you’d  ever find “certainty.”

jsonline: A national survey of manufacturers, including Wisconsin companies, has cast a harsh light on the U.S. economy - with executives saying uncertainty in the marketplace has kept them from expanding their businesses and creating jobs.

There is no certainty in the market place. A funny thing too, in the last century or so, we had regulation and taxes…

62% of the survey respondents saying U.S. laws, regulations, taxes and fees affect their companies more negatively than foreign competitors … more than half of the 800 executives surveyed for the National Association of Manufacturers and the National Federation of Independent Businesses said they would not start a business in the current economic climate.

That’s the CEO class talking, with their air of entitlement, devoid of work ethic.

"Manufacturers have told policy-makers in Washington time and again that uncertainty and a negative business environment is turning the American dream into a nightmare," said Jay Timmons, National Association of Manufacturers president and chief executive officer. More than half of the survey respondents said China and India were more supportive of their small businesses and manufacturers than the United States was.

And yes, these CEO entitled whiners think we were better off at the bottom of the Great Recession 3 years ago. I’d like to send every one of these Republican fat cats back there too:

More than half of the surveyed executives said the national economy is worse now than it was three years ago. according to Dan Danner, president and CEO of the National Federation of Independent Businesses, "They're not willing to invest and create jobs. They believe things are going to get worse, not better."

I bet they would “create jobs” if consumers had jobs, a decent wage, “certainty” in the work place and buying power to create demand.
Posted by John Peterson, Democurmudgeon at 9/26/2012 11:41:00 PM