The "War on Christmas" will be Trump's greatest victory against Obama! 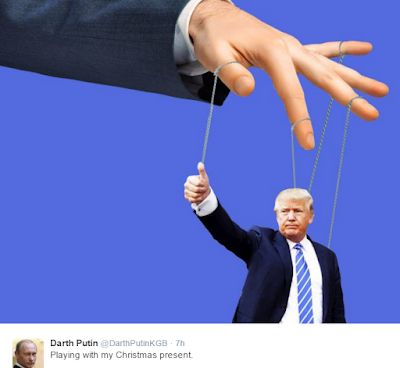 We certainly know how the RNC wants to exploit the Christmas holiday...welcome, our new king? 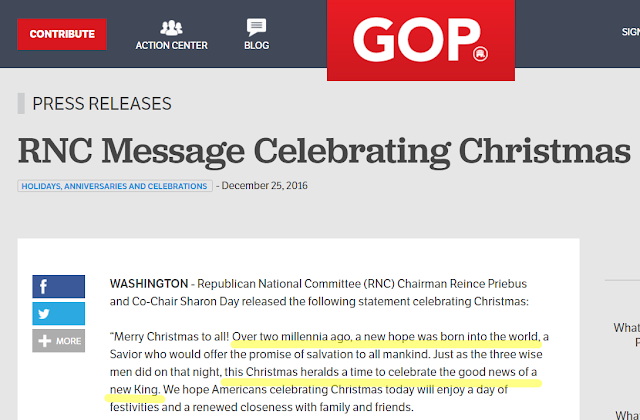 WKOW reporter Greg Neumann had the courage to at least the question as well...

Trump supporting media trolls immediately stepped up to help their new king out:

Red State: “If the liberals currently losing their collective minds over this are correct, then shame on Priebus and Day. An equally likely scenario is that this was a hastily crafted message, and very little thought was put into the wording.”

First, it's crazy to think thoughtful and measured Trumpian supporters would ever lose their collective minds, right? Second, the party of God and Jesus simply made a hastily written error, that's all...(except to those who truly want to believe Trump will save them).

Third, we know all liberals hate religion, or most of them, or even some of them, unlike ALL conservatives who believe in and pray to Jesus everyday.

"And if liberals don’t care about insulting Christians or acknowledging Jesus the other 364 days of the year, it really is rather disingenuous for them to be up in arms about it, now."

The spirit of giving takes aim at everyone: 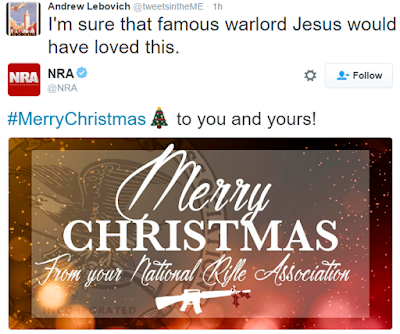 And despite low natural gas prices destroying the coal industry, new King Trump promises to bring it back... 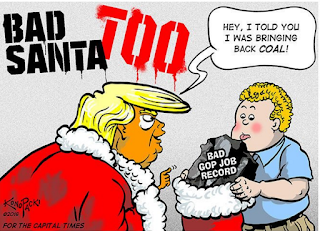 Trump hit just the right number of "very's" in his Happy New Year's wish for all the sore winners: