What an odd idea from the Republicans overlords in Ohio...

Two top Statehouse heavyweights — gun-rights supporters and business advocates — are battling over a bill that would make concealed-carry permit holders a protected class under employment discrimination.

How do they find the time to come up with these Bizarro World right wing socialist schemes every single day of the week?

While 16 states don't offer any LGBT protections in the workplace, public or private, Ohio is pushing protected class status for concealed carry owners at work? 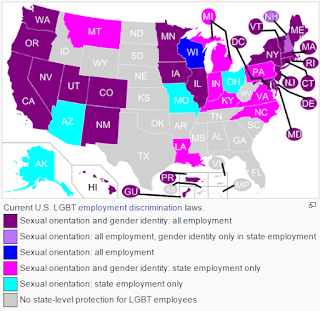 
Business groups including the Ohio Chamber of Commerce and the Ohio Manufacturers’ Associaton oppose the bill, arguing it creates new liabilities and increased uncertainty for business owners who should be able to regulate their private property as they see fit.

The Ohio Senate voted 23-9 late Wednesday to again expand areas where concealed-carry permit holders can carry their handguns — including, potentially, on public and private college and university campuses.