Cowardly Republicans Run from Trump's Russian Connections, not so concerned about Election Integrity after all.

It almost seemed surreal seeing the media turn away from the obvious Trump/Russian connection. Not only were a few of his closest aides connected in some way, but Trump would always defend Russia/Putin by saying how nice it would be if we all got along.

Now we're finding out the CIA knows for sure it was Russian hacking that swayed the election for Trump, and traitorous Republicans who are willing to turn a blind eye to the hacking. They won't even allow any possible investigation. Trump Republicans can now dismantle government for Russia, who wouldn't mind a completely destabilized and corrupt U.S. economy teetering on the brink destruction. Check out the Trump Russia ties.

Scott Walker chimed in with this bizarre and obtuse position over Russian hacking released through Wikileaks, which Walker describes as "information-no matter what form," and Russia's electoral efforts to get Trump elected:

Scott Walker: "If you've got foreign leaders trying to influence by their statement or endorsement in the same way that a foreign leader is trying to provide information - no matter what the form, whether it's outwardly or with an outright endorsement or otherwise - I think people believer decisions should be made by voters her in this country."

...or the sudden change aversion to a congressional investigation into Russian hacking to, as Paul Ryan put it..."exploit the work of our intelligence community for partisan purposes (which) does a grave disservice to those professionals..."

Now this, just before the Electoral College vote....Politico:


“The bipartisan electors' letter raises very grave issues involving our national security. Each day that month, our campaign decried the interference of Russia in our campaign and its evident goal of hurting our campaign to aid Donald Trump. Despite our protestations, this matter did not receive the attention it deserved by the media in the campaign. We now know that the CIA has determined Russia's interference in our elections was for the purpose of electing Donald Trump. This should distress every American.”

Check out Esquire Magazines proof of hacking. Of course all of this is news to Trump, who smartly asked why the sudden interest:


For Screaming out Loud: Or this specific outright Russian endorsement made to Reuters News Service,  that was completely ignored by all other media outlets:

I've been collecting screen captures since the beginning: 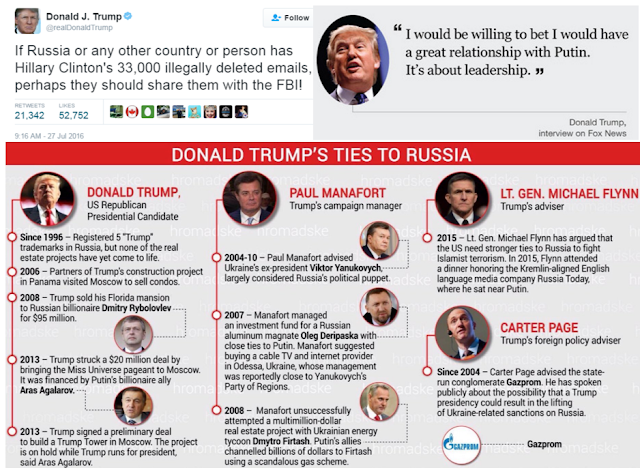 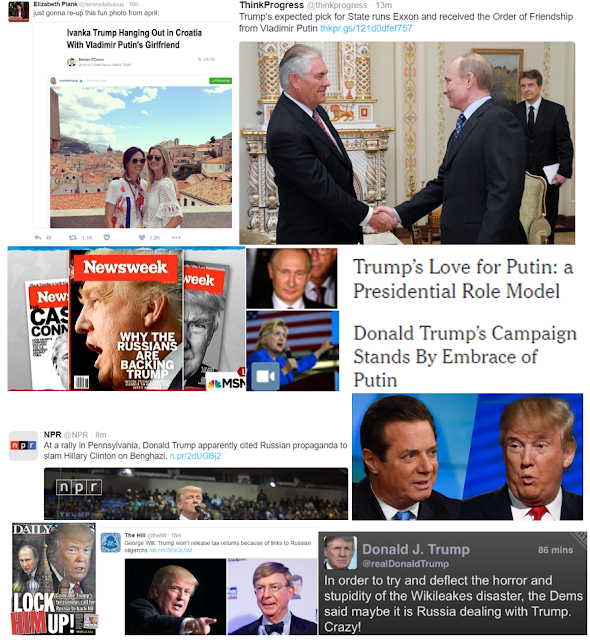