The "Jobs and the Economy" Tuesday night convention topic was missing, replaced with "Hillary for Prison." Twitter helped explain that phenomenon: 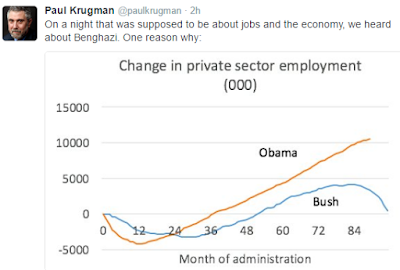 While Gov. Mike Pence brags about his states 4.7% unemployment rate, he wants you to think Indiana's economy is separate from anything President Obama's has done. The same goes for Scott Walker:

Save America from another 4 years of Obama's Socialism? The doom & gloom GOP convention is etching in stone the horrors of Obama's job killing agenda, forgetting a few important items: 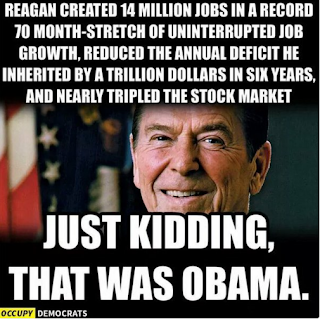 GOP Rep. Sean Duffy exaggerates role of Barack Obama, Hillary Clinton on federal debt: The total federal debt is at $19 trillion. But most of it was amassed before Obama took office. And many factors -- Congress, the economy and Obama himself, but to almost no extent Clinton -- played a role in the debt increases during Obama’s tenure.