We Noticed: 4 Killed in Benghazi...GOP outrage; 49 killed in mass shooting...nothing can be done.

It's still stunning how easily Republicans can get away with a simple moment of silence for the biggest mass shooting in U.S. history, but feign foreign policy outrage against Clinton for the deaths of 4 diplomats in Benghazi. Coincidentally, Clinton just happen to be the Democratic candidate for president. 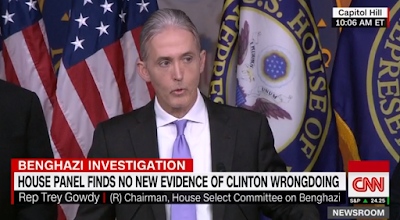 Also not buying into the politically motivated attack...

Yet the Republicans callous behavior over 49 Americans mowed down in Orlando deserves just another moment of silence and Paul Ryan's smirk directed at the Democratic Party's "publicity stunt" sit-in to pass common sense gun legislation supported by over 80% of the public: 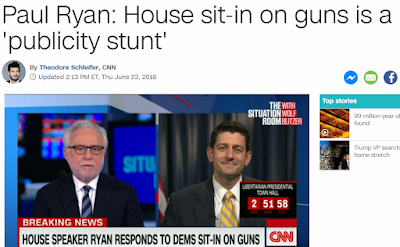