Continuing our weekly feature, Reason's Paul Ryan Backs Trump, we have this newly discovered gem in the JS:

In no uncertain terms, Ryan's only complaint about Trump is that he's really a bad racist guy with a love for tax cuts. Other than that.... 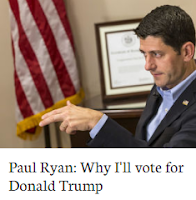 "Anti-Semitic images, they've got no place in a presidential campaign. Candidates should know that," Ryan said. "I really believe he's got to clean up the way his new media works," Ryan responded. "One of the few times I spoke out against him during the primary, very forcefully, was in this area -- when he failed to disavow white supremacists."

Ryan called out Trump earlier this year when he initially declined to disavow the support of former Ku Klux Klan leader David Duke, one of many prominent white supremacists backing Trump.

Ryan also panned Trump's plan to block all Muslims from entering the U.S., saying it's “not what this party stands for and more importantly, it’s not what this country stands for.”

Many other voters are getting to know the real Paul Ryan too, discovering just what makes him the party's wonder kid: 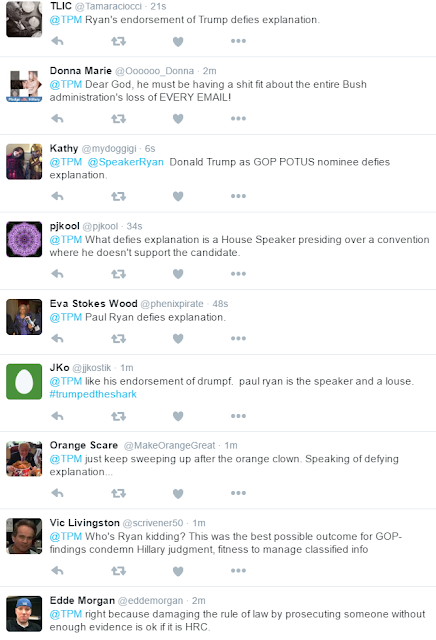