Here we go again? As if we didn't already have a long list of state problems to solve, leave it to the Walker administration to create new and more serious emergencies, like the DNR's complete breakdown protecting our drinking water.

Members of the Wisconsin DNR's’ policy-making board were surprised and disappointed by an audit that cited serious shortcomings in state enforcement of water pollution laws.

Thanks to Gov. Scott Walker's mind numbing refusal to fix Wisconsin's roads, voters are waking up to the hard reality that many other things are getting a lot worse. You might recall this recent blog post:


"Following guidance provided by state Attorney General Brad Schimel in an opinion issued May 10, the agency will no longer consider the cumulative impact of nearby wells on the aquifer or surface water when deciding whether to permit a well, and it will no longer impose monitoring requirements on well operators."

Republican State Sen. Rob "Part-of-the-Problem" Cowles from Green Bay doesn't like it when he actually has to listen to constituent concerns about something as basic as drinking water:


Sen. Cowles, co-chairman of the Legislature’s audit committee, said that the Legislature should act as soon as possible to allow the DNR to ... hire enough employees to enforce the law.


“I can tell you the DNR board is steaming mad. This was a surprise to them. Three of them called me, and a lot of my constituents did, too. My constituents who saw the story wondered ‘What the heck is going on?’ The people of this state believe in water quality. We brag about our lakes and rivers and having great places to fish in and swim in.”

Welcome to the Republican run government. The key here is "enough employees:"

Leaders of the Legislature, which cut more than 90 positions from the DNR’s budget last year, haven’t publicly commented on the audit.

Incidental Gov. Scott Walker hasn't had much time for things like drinking water and transportation, which still isn't that urgent:

A spokesman for Gov. Scott Walker said any changes in DNR funding will wait until a new budget is enacted next summer.

Government hating Republicans mismanaging government, who could have seen all this coming?

And really, why would the DNR keep their own board members up to date on how bad they were doing their job? 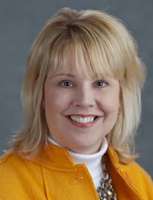 Board Chairman Terry Hilgenberg said members were told several months ago that the audit was being performed, but Stepp and her staff didn’t update them about the seriousness of the findings before the report was released to the public June 3.


“Board members were being contacted by the media and by other individuals. They’re at Rotary and they’re getting asked ‘What the hell is all that about with that audit?’ and they hadn’t been apprised about all of it. That could create a little angst,” Hilgenberg said.

Welcome to Republican rule. Any surprise they hate government? Oh, and guess when the wheels started coming off?


The DNR has been under fire for the way it protects the state’s waters at least since 2011 when the U.S. Environmental Protection Agency listed 75 deficiencies in laws, rules and policies. Four of the problems have been cleared up. The state audit provided new details about the shortcomings.

Boy, it would so much easier if Republicans could just get rid of the EPA.

Balance between Environment and Business interests? This is Walker's idea of balance:
WSJ:


1. Over the last 10 years the DNR failed 94 percent of the time to take enforcement action against sewage plants and industries that exceeded water pollution limits,

2. Violating its own internal policies, the nonpartisan Legislative Audit Bureau said in its report.

4. Didn't review plans describing how millions of gallons of manure they generate annually would be kept out of lakes, streams and groundwater.

5. The DNR didn’t meet its goals for inspections and failed to document that it took any action for months or even years in five incidents where monitoring wells showed feedlots were contaminating groundwater with substances harmful to human health, auditors said.

As serious as these violations were, along with the loss of 90 employees and funding cuts...


It’s wasn’t clear Tuesday if Stepp would appear at the meeting. The agency is still trying to hire and train new employees after losing large numbers of experienced people to retirement, he said.

I  thought this was also interesting to note. Walker will probably blame Gov. Doyle for the cuts he had to make because of the collapse of the world economy during the Great Recession. A bit unfair I would say, and nothing like the ax Walker voluntarily used to cut spending on the DNR and state parks:

And unlike the protected transportation fund, stealing from the DNR's revenue stream might have to stop as well:


The DNR collects $5 million to $7 million annually in fees from concentrated animal feeding operations, known as CAFOs, municipal sewer plants and private industry, but it typically keeps less than $90,000, with the rest going to the state’s general fund.