Ryan votes to cut Minimum Wage from $7.25 to $4.25 in Puerto Rico. Could it soon be part of his plan to fight poverty?

Paul Ryan says he understands poverty now more than he did in the past. With his new insights, Ryan is offering “solutions” that would force those lazy poor people to work for less. Like the Wisconsin State Journal editorial said recently about his detail-free plan:

Uh, Democrats have always embraced an interest and enthusiasm to reduce poverty, guess that doesn't get much coverage.

The WSJ editorial board says Ryan will be “helping more citizens succeed.” Alright, let’s take a look at an idea Paul Ryan supports, like reducing the minimum wage in Puerto Rico. Roll Call:

RESCUE PLAN FOR PUERTO RICO: The House passed a bill (HR 5278) that would establish a federal control board to help Puerto Rico restructure more than $70 billion in debt … In part, the bill authorizes a lower minimum wage for new workers under 25.

Whoa, what was that? A LOWER MINIMUM WAGE? This isn’t just an idea Ryan is pushing for Puerto Rico, it’s a philosophical attitude and possible detail Ryan keeps leaving out of his house bills, because he knows it’s political suicide.

Democrats to the rescue? Well, they tried:

LOWERING OF MINIMUM WAGE: The House defeated an amendment to strip HR 5278 (above) of its provision allowing Puerto Rico to reduce its minimum wage for new workers under 25 from $7.25 per hour to $4.25 per hour. Backers said this would help businesses regain profitability, while foes said it would prompt young workers to flee their homeland.

Every Democrat, Mark Pocan, Ron Kind, and Gwen Moore voted to remove the lower minimum wage, preventing a possible flood of young workers into the U.S..

Wisconsin’s Republican House members are now on the record supporting a drastic cut to the minimum wage by almost half:

You’ll notice Paul Ryan’s name isn't listed. Could it be a misprint? Not a big surprise from a guy with strong “princibles” ...it's princiPles...P, not B. 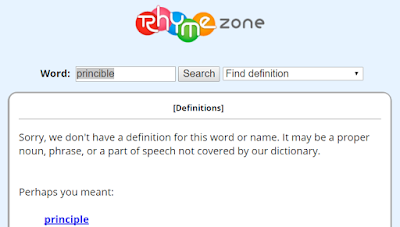