So much for the 1st Amendment down on the House floor, from out authoritarian dictatorial Republican majority. I guess Americans don't have to see how our government works, or how Democrats are fighting for their constituents. The Hill:

C-SPAN turned to Periscope and Facebook Live for Wednesday coverage of Democrats staging a sit-in on gun control on the House floor after GOP leadership cut off the chamber's cameras.

In order to circumvent the blackout, C-SPAN began streaming from Periscope, and have also switched to Facebook Live. 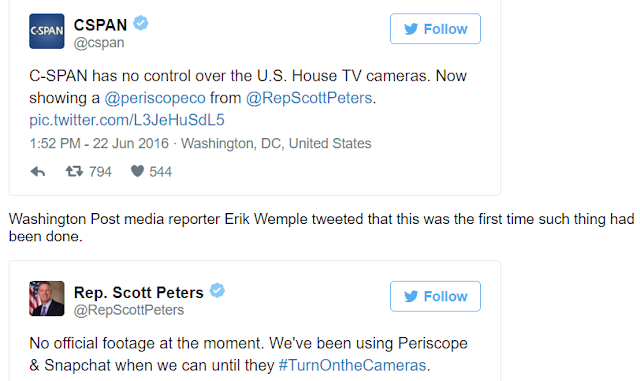