If you’re Scott Walker or a conservative voter who believes with all their heart and soul that coal is the only cheap fuel holding down our utility bills, you’re not going to like this story. 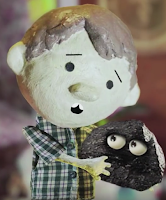 While Walker and AG Brad Schimel spend taxpayer dollars suing the EPA for supposedly killing coal and supposedly raising the price of energy in Wisconsin, reality and the price of natural gas, just proved them wrong on every count. JS:

The plummeting price of natural gas and future environmental regulations are making utilities do things that were practically unheard of years ago, from shutting down nuclear plants to turning to natural gas for a variety of fuels in power plants.

The moves are being driven by prices in the wholesale power market, including both the low cost of natural gas and the growing number of wind farms. Low-cost wind provides one-third of the electricity consumed in Iowa.


We Energies and its sister utility, Wisconsin Public Service, plan to test the burning of natural gas inside coal boilers from Kenosha and Oak Creek to Green Bay and Wausau. The tests are designed to see if burning less coal in the plants will help the utility comply with the federal Clean Power Plan and other air pollution regulations. Burning natural gas inside coal boilers is one of the potential compliance strategies that the Environmental Protection Agency identified for utilities...

Despite Walker's and Sen. Frank Lasee's efforts to kill wind energy in the state, the rest of the nation isn't just building wind farms, they're manufacturing the turbines and equipment for them. Can't say the same for coal in Wisconsin:


Aided by Congress' move to extend production tax credits for renewable energy, the price of wind power has fallen so much that utilities are turning to expansion of their wind power resources.

Let's ask Scott Walker and Brad Schimel again why they're suing the EPA, I would love to hear their tortured logic on this one.
Posted by John Peterson, Democurmudgeon at 6/18/2016 03:56:00 PM