Watch out!!! Republicans to "strike balance between Property Rights and Protecting the Environment."

You know you’re in for trouble when Republicans "struggle" to “strike a balance” between business and the environment. Sure, let's balance health with business profits. What is “balanced” pollution - dirty water - air? 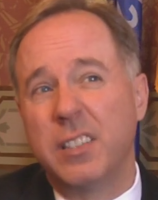 JS: "In general the speaker is supportive of efforts to strike a balance between private property rights and protecting the environment,” Vos spokeswoman Kit Beyer said.

Our one-size-fits-all big government Republicans are about to add reams of new regulation to out already bloated Walker government. But the new laws protect business special interests...from the public. Out with the old and in with the more conservative replacement maze of anti-government bureaucracy.

Here's what Republican lobbyists want to do next:

The rights of property owners would expand and state and local governments would lose some powers to regulate lands to protect other interests such as clean water … the changes would affect lake beds, wetlands, piers, boathouses and beaches — an often stormy nexus between water and private property.

It’s about time we allow property owners the freedom to dirty up other people’s water. Anti-clean energy Sen. Frank Lasee, who also wants to stop public schools from going green, is leading the charge for his corporate special interest lobbyist: 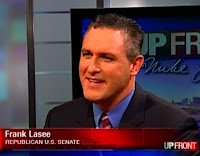 The Sen. Frank Lasee (R-DePere) and Rep. Adam Jarchow (R-Balsam Lake) bills have the support of influential groups, such as the business lobbies for Realtors and builders in the state.

Republicans want this so bad that they’re going back to the long forgotten “job creators” well again:


"In Wisconsin, we have seen an increasing number of homeowners and job creators mired in court battles over permit and regulatory disputes because Wisconsin statutes are unclear and our regulatory environment remains uncertain," the legislators said in a memo to fellow lawmakers. "Wisconsin can and should do better."

Helen Sarakinos, policy and advocacy director for the River Alliance of Wisconsin, described the changes and those before it as "death by thousands of paper cuts in clean water protection."