One Republican let it all hang out, telling the public just what the Republican mindset is behind the lax, almost nonexistent guns laws in Wisconsin. And it's scary!

Quick story: I remember my conservative gun toting friend in Milwaukee telling me how he often 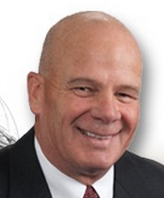 mistakenly goes into gun free zones with his firearm. It doesn't occure to him that that makes him an irresponsible gun owner. He even carried a gun before it was legal to do so, which made him not just irresponsible, but a criminal. Ask you're responsible gun toting friend if they did the same thing. I'll bet they did.


Reacting to a recent East Towne Mall shooting in Madison between a couple of disputing "responsible" gun owners (until they're not), Rep. Bob Gannon, R-Slinger, made it clear yet again that if you didn’t carry a gun, you're asking for it, especially in a gun free zone. It's Bizarro World, opposite day is everyday thinking.

This should be a national story. It blows the lid off the gun lunacy sweeping the nation. WISC: 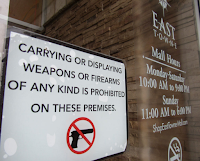 "The universal symbol that is now referred to as a 'target rich environment.' Wisconsin does not have a death penalty law, but with significant practice and careful aim, law abiding citizens can help clean our society of these scum bags. A gang banger in the mall with a gun is going to think twice if there could be a law abiding CCW holder standing behind them fully prepared to shoot center mass, as this is how you’re trained to eliminate the threat these creeps pose to you, your family, and all law abiding citizens unwillingly dragged into their public crime spree."

“Criminals no longer have any fear of our courts or our prisons, so it’s time that the citizens of this fine state stand up and fight back … I refuse to spend my money at any business that believes my Second Amendment rights have to be left in my car.”

WPR came up with this audio quote:


Gannon: "If one in twenty at that mall had the ability to drop the creep, it would sure bring it to a close in a hurry. I refer to that as self defense. If it happens to terminate the bad guy, too bad, so sad-dy."


"The incident at East Towne Mall was scary, but the answer is not to add more people with guns to the mix, and certainly not to call for private citizens to ‘shoot center mass.   Representative Gannon is living in a James Bond dream world. If more guns made us safer, we would be the safest country in the world."