Is there anyway to understand the incredible tolerance level of "Stand with Walker" supporters. Even after finding out time and time again he has either lied or grossly exaggerated "problems" to justify policy changes, they still take him seriously. Let's call it blind allegiance.

Let’s start with the latest discovery. JS-Marley and Stein: 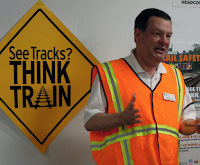 Speaking to GOP lawmakers in September, Walker said that state rules needed to be changed to make clear that employees … could be fired for having sex on state property. He told them about the case and encouraged Republicans to "tell stories like this" to show the public changes were needed … for overhauling Wisconsin's long-standing civil service system.

In fact, no one tried to terminate the employees, suspend them, or do anything beyond giving them letters of reprimand, Railroad Commissioner Jeff Plale said Thursday ... a report found no proof that the couple violated the workplace sexual harassment policy with respect to other employees.

Here are a couple of examples that never quite justify a complete overhaul of the civil service system, starting with a fairness issue:


Walker cited other cases that day to justify overhauling Wisconsin's more than century-old civil service system, including one involving a Shawano probation and parole officer who was fired in 2004 for viewing pornography on his work computer for more than five hours a day for months. An arbitrator reinstated the man to his job in 2005 after finding that the Department of Corrections had given others light punishments for misusing state computers.

Another example used by Walker included a short-order cook who scored so well on a civil service exam for a financial examiner job at the Department of Financial Institutions that he had to be given an interview, even though those in charge of the hiring judged him as clearly unqualified … Cullen Werwie, the administration spokesman, said that there are no records of the hiring and that state officials relied on their memories when describing it.