After turning down a whopping $23 million for Rural Broadband expansion, Walker is now spending state taxpayer money instead.

The war on rural high speed broadband has been raging for some time in Wisconsin.

But thanks to Scott Walker's generosity it looks like even urban taxpaying Wisconsinites will be footing the bill for telecommunication providers to build out into rural parts of the state. 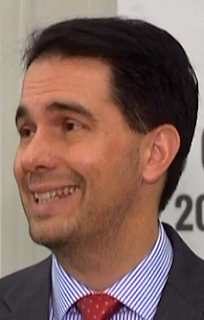 Without government assistance, broadband providers say, they couldn't afford to extend the service to sparsely populated areas because there aren't enough customers to justify the cost.

Think of all the development that could have taken place if rural entrepreneurs were given a chance to compete online. Small towns might be flourishing right now, but we’ll never know.

The short history of obstruction is jaw-dropping, but thanks to Scott Walker, it looks like broadband providers won't just be making money on new rural customers, but they'll using state taxpayer money instead of their own, to extend services those areas.

It all started when Walker turned down $23 million in stimulus money to expand broadband everywhere in the state. Like the Journal Sentinel wrote in this Feb. 18, 2011 editorial:


The state is turning down $23 million because state taxpayers would have been on the hook for the entire amount if the state could not meet the grant's precise requirements, Mike Huebsch, secretary of the state Department of Administration, said in a memo to school and library associations. "This is simply not an acceptable risk," Huebsch wrote.

Actually, it is. High-speed Internet is part of the necessary infrastructure that is vital to communities that want to grow. The state will get there anyway, but this money could have speeded up the journey.

What federal funding did exist the broadband industry tried like hell to kill with legislation.


June 9, 2011: The UW would have to return nearly $40 million in federal funds if a state budget provision aimed at protecting rural telecommunications providers becomes law. UW officials say the “consequences would be catastrophic” ... But the trade group Access Wisconsin says the proposal is meant only to protect them from having to compete against a government-subsidized broadband network…

Seems pretty desperate? But telecom providers lost this one in the courts:

Nov. 14, 2011: A Dane County judge has dismissed a lawsuit challenging a project (Buildiing Community Capacity through Broadband),that would expand high speed internet access through underserved areas of Wisconsin … AccessWisconsin had sued over the summer.


State officials have authorized $1.5 million in broadband expansion grants for rural Wisconsin in fiscal-year 2016. Eleven grants were approved by the Public Service Commission, ranging in size from $41,914 to more than $286,000. The largest grant, $286,165, went to Wisconsin Independent Network, LLC, in Chippewa County, followed by $249,093 to ChoiceTel, a telecom in the Town of Land O' Lakes.