There’s a chance Republicans might be securing themselves a permanent majority party, both statewide and national.

Despite having no unified plan to solve societal problems, Republicans are focused like a laser on being in power forever. They're so sure of themselves that they’re not even worried that someday those the same laws could be used against them by Democrats.

The Dark Money Party: It’s hard to believe anyone would support secret donors pushing completely secret agendas (with the eventual elimination of open records laws), but that's what's happening. Scott Walker just signed into law coordination between campaigns and special interest groups running supposed “issue ads.” Any grownup know those ads are meant to influence elections, but for some reason we can’t honestly and legally say so. AP. 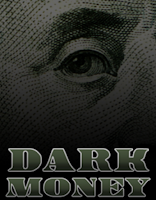 New laws are removing limits on the use and reporting of "dark money" from secret sources. The laws enable coordination between political campaigns and advocacy organizations, something almost all other states forbid.

Common sense tells you something is wrong here.


Jay Heck, executive director of Common Cause Wisconsin, was among those who lobbied against loosening the rules.

Paul Ryan just Greased the skids to a Corrupt Dark Money free-for-all: It's funny how Walker's latest move fits in with the following jaw dropping addition to the just passed federal omnibus budget deal. Playing off the phony IRS attack on what was an avalanche of tea party groups seeking tax exempt status to influence elections, Ryan slipped this one in. Huffington Post:

A provision buried on page 472 (prevents) the Internal Revenue Service (IRS) from taking any action to reign in the political activity of 501(c)4 organizations. These organizations weren't originally supposed to engage in political activity at all. In recent years, however, they've become a favorite of anyone who wants to buy political influence without attracting attention. Since there's no legal requirement that 501(c)4 organizations disclose their donors, anyone can use them as a vehicle to pour unlimited money into our political system.

As former Republican Federal Election Commissioner Trevor Potter has pointed out, even foreign nationals and governments could use 501(c)4s to quietly influence U.S. policy.

Let that sink in folks: Rather than allow the IRS to prevent the abuse of tax-exempt nonprofit status for purely political purposes by both parties, Congress has specifically banned the agency from taking any kind of action -- even at the risk of allowing secret foreign money to poison our elections.

This has Paul Ryan's finger prints all over it. He's got a proven track record of radical bills that would scare the living crap out of voters. Take a look at the list HERE. Add to the proliferation of dark money groups this gem...


On a similar note, another provision tucked away on page 1,982 prohibits the Securities and Exchange Commission (SEC) from requiring corporations to disclose their political spending.

This is especially outrageous because disclosure is one of the least controversial and most basic steps toward reform the government can take. As noted by the LA Times' Michael Hiltzik, even the Supreme Court made a point of emphasizing the need for disclosure in its widely reviled Citizens United ruling:


Justice Anthony M. Kennedy wrote for the majority:"With the advent of the Internet ... prompt disclosure of expenditures can provide shareholders and citizens with the information needed to hold corporations and elected officials accountable for their positions and supporters ... determine whether their corporation's political speech advances the corporation's interest in making profits, and citizens can see whether elected officials are 'in the pocket' of so-called moneyed interests."