While other states crack down on the spread of chronic wasting disease, infected deer in Wisconsin are being allowed to spread everywhere. I know, it doesn't make sense.

AP: Wisconsin deer farmers can opt out of the state's chronic wasting disease monitoring program without upgrading their fences under an emergency rule the state DNR adopted Wednesday despite concerns the move could spread the disease.

That’s sadly laughable, because the state has already given up on controlling the spread of CWD infected deer. 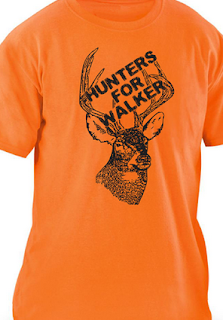 Wisconsin is taking steps this year to continue at least some testing to keep tabs on a deadly disease that is spreading through the state’s deer herd, even though hunters no longer need to bring carcasses in for registration. But the number of tests is dwindling while prevalence of chronic wasting disease in Wisconsin grows and neighboring states fight to control it, the DNR has half the CWD testing budget it had last year and enough resources to analyze tissue from 4,000 carcasses, down from 7,500 last year, said Tami Ryan, the agency’s wildlife health section chief.

This is all part of Scott Walker's plan to talk up the positive, ignore the negative...as you can see by the quote here. Yet the possible dangers are real:

Fear of eating CWD-tainted venison initially scared many hunters and made owners of hunting land in southern Wisconsin concerned that their property would lose value if the hunt died off, said Jeff Schinkten, national president of Whitetails Unlimited.

But regulation is making it harder for deer farms to exist, so goodbye regulation. Oh, and we want to have a good relationship with these farmers, our buddies:


Federal agriculture officials imposed new standards on state monitoring programs in 2012. DNR officials say they're worried that deer farmers might not be able to afford to comply with the federal regulations, be thrown out of the monitoring program and have to shell out money they don't have to upgrade to double or solid fencing.

The rule is designed to spare farmers extra expenses and help maintain a good relationship with farmers. The DNR inspects each farm's fence at least once a decade, he added. That gave some board members pause. William Bruins said the DNR should pay more attention to farm fences more often, noting storms and weather can destroy them ... the department pledged (they) would address inspections in a permanent version of the rule. The board ultimately adopted the emergency regulations on a unanimous vote.

We can't say we weren't warned:

George Meyer, a former DNR secretary who now leads the Wisconsin Wildlife Federation, urged the board to reject the rule. Relaxing the fencing mandate for farms outside the monitoring program could lead to more escaped deer that could spread CWD. The DNR recorded 29 escapes this year alone ... "The DNR fencing requirement is the last safeguard to prevent further CWD contamination of the wild deer herd," Meyer said. 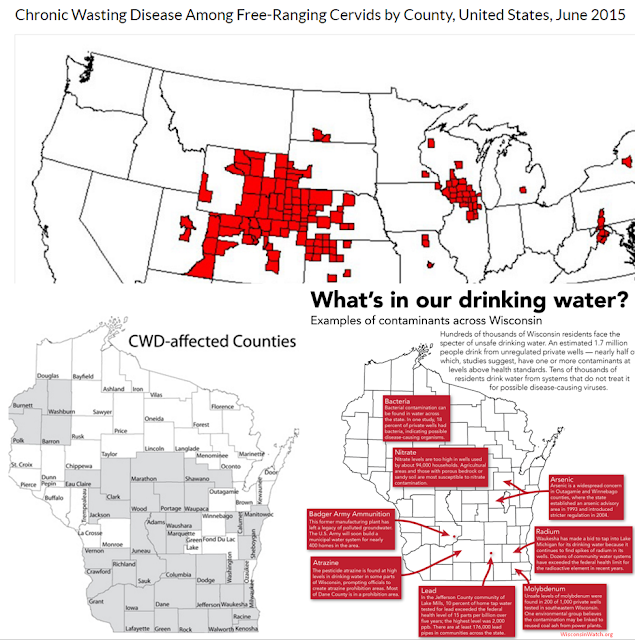