The title pretty much sums up what my conservative friend in Milwaukee said when he called me to say, I told you so about gun free zones. Yes, every unarmed citizen in the country is called a soft targets, and those in gun free zones are only asking for trouble. Ever get the idea that the NRA's ultimate objective is to coerce everyone into carrying a gun? 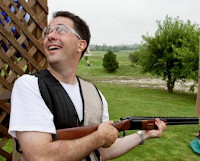 Two thirds of Americans are "soft targets," you know, walking gun free zones. They're too afraid to defend themselves like brave good freedom loving American would do.

Oh, and the terrorist attackers in San Bernardino were responsible legal gun owners...until they weren't. They're arguing now that the extensive background checks in California didn't stop anybody, so why have backgrounds checks at all.

Here's the scary reality gun crazy psychopathic conservative gun fondlers are finding difficult to accept; Americans are wising up and getting rid of guns. What else could explain a bill right here in our state to remove the age limit to carry a gun hunting? 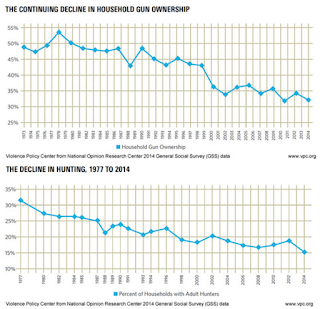 Check out The Nations recent article about the conservative activist Supreme Court decision that brought down the nation:

Paul Ryan had an unusual reaction that had nothing to do with the San Bernardino mass shooting, to somehow finally deal with mental illness? What in gods name is he talking about?