The Car Culture is Dead 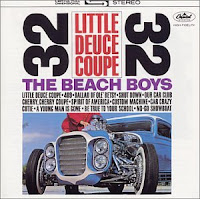 I’ve been watching a way of life vanish before my eyes. The public’s disinterest in saving our American made cars took me by surprise. It’s crazy.

They may not have been good for the environment, but they were a part of an American car culture, an era many were willing give up in a puff of exhaust. Sure the auto companies were poorly managed and didn’t keep up with the foreign imports, but to coldly turn our backs on a love affair that meant so much to so many? The following excerpt pretty much says it all;

The Chevy Salesman, Proud and Stressed Out by Pauls Toutonghi, who teaches English at Lewis and Clark College, and the author of “Red Weather.”

My dad was a car salesman. He was good at it, too. The strain of making quotas gave my dad chronic chest pains. So he quit.

But I do know that he never relinquished his belief in the importance of the car in American society — never relinquished his faith that a good, solid Chevy truck could be the answer to almost any of life’s problems. In his mind, the United Stateswas all about a few simple things: Freedom of movement, financial mobility, and a fascination with progress and newness.

Throw in a nicely equipped Silverado or Impala? What could be better? When I graduated from college, he gave me a Chevrolet Blazer, jet black like the one he himself had driven for over ten years.

“With this car,” he told me, “you can do anything.” Still the salesman — through and through.

After reading this I reminded instantly of all the old Chevy’s I’ve owned and fixed up. Oddly for me, I never was a gear head, I was a part of the American car culture. It was my ticket to freedom and sign of my independence. Sure it was my dad’s, but he never got to use it.

I believed in the ads lyrics, “See the U.S.A. in your Chevrolet.” Shiny new cars rolling pothole free in an endless stream of Chevrolet, Ford, Rambler, Chrysler and Volkswagen television ads.

Was it just a Madison Avenue sales pitch? Not a chance. How could it be when you find yourself singing along to countless car songs blaring from your dashboard radio by The Beach Boys and Jan & Dean. There was even Rat Finks suped up cars and t-shirts.

I must be really out of it now. No one seems to remember or care about protecting America’s car cultural history, or even creating a new generation of car owners comfortably discovering America in their high mileage hybrids.

Maybe we’ve found freedom someplace else. Like in a set of ear buds or cell phones.